How the Placebo Effect Impacts On Luck, Confidence, and Happiness

The placebo effect is a powerful effect noted in scientific research that shows how simply believing something can often make it true… biologically. Give someone a sugar pill and tell them it will make them smarter and they might become smarter.

The placebo effect is the ability of our beliefs regarding our own bodies and our own health to actually trigger changes in our biology – specifically in our neurochemistry and hormone balance. If you tell someone they’re ill, then they become stressed and they produce more stress hormones like cortisol. In turn, this strains the immune system and they actually become more ill. Actually, this is technically called a ‘nocebo’ – which is the ‘negative’ version of a placebo (normally placebo is used to describe things getting better).

Just as you can make yourself more unhealthy then. You can also make yourself better by believing you will get better. Of course you can’t overcome a terminal illness, but simply by being positive you can increase your chances of a rapid recovery. That’s because being happy will cause physiological changes in your body: it will increase your production of positive mood hormones for instance and it will keep you calmer.

A great example is to look at it this way: when someone puts a ‘curse’ on someone, this can often have terrible negative impacts on their life. Of course curses aren’t real, but that person’s belief that something bad will happen means their immune system suffers from stress, their unconscious mind starts sabotaging them and they give off negative vibes in social situations. The result is that they are more likely to get ill and tired, they become more accident prone and people don’t want to be around them. Powerful stuff!

Studies have shown that being anxious actually causes you to look for negative things and to miss opportunities. A tense, anxious, ‘unlucky’ person won’t see that £50 note on the sidewalk because they’re too busy being negative. Happy, positive people with self-belief do notice these things.

Believing in yourself then and believing you are lucky can have all of these effects in reverse. If you believed that you had taken a pill to turn you into a super hero and you genuinely believed it, your life would likely pick up in a lot of areas.

Did you find this helpful?

Get your FREE eBook with more tips here: https://mindreset.drmonikagostic.com/

How Stress and Anxiety Can Sabotage Your Health Goals 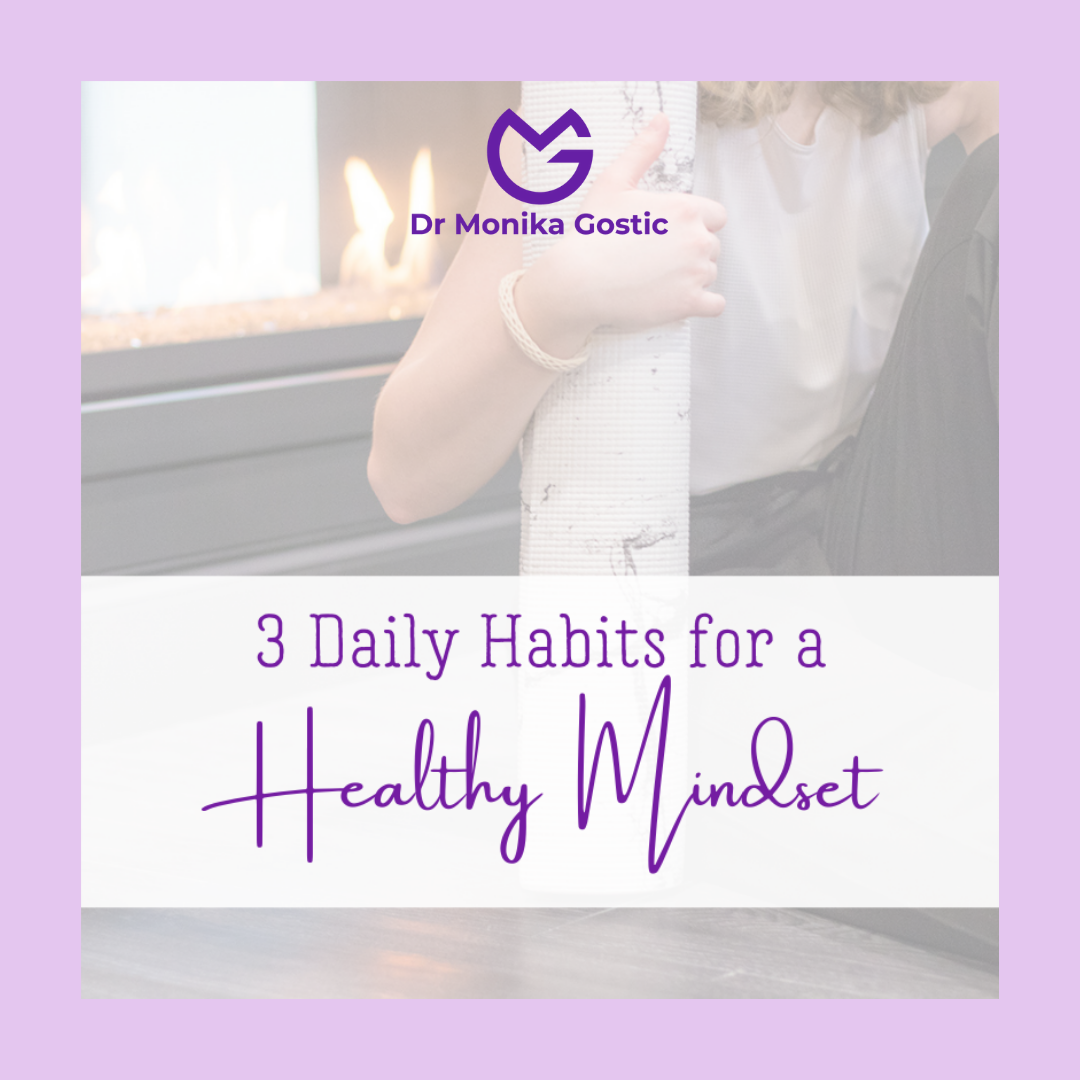 3 Daily Habits For a Healthy Mindset